Symbiotic sewage treatment is an innovative system that has the distinctiveness of combining the tertiary treatment of sewage with the generation of green areas in the very location of the plant.

With this system we build an space that, seen from ´above’ , looks like a golf course, a garden , a greenhouse or any other green area, and seen from ‘ below’  is also a biological water treatment plant via infiltration aerobic beds.

This procedure is based on the natural filtering ability of the soil and specially, the more permeable materials located in the upper layer, in the so- called aeration zone. That is to say between the water table and the soil surface.

Cultivation areas are formed by a sandy substratum, 30 to 50 cm thick, able to absorb by capillarity a small amount of the moisture generated by the lower zone. This zone doesn’t help with the water filtering,  but benefit the even distribution acting as a dispersing agent.

Purification area is located under the crops and is formed by a gravel bed, 120 to 150 cm thick, isolated from the ground with a waterproof membrane. Waste water is provided by a net of subterranean drip irrigation, that cause the percolation through the bed. Once the baseline is reached, the already filtered water flows by gravity to the discharge points, storage or pumping to reuse in other locations. 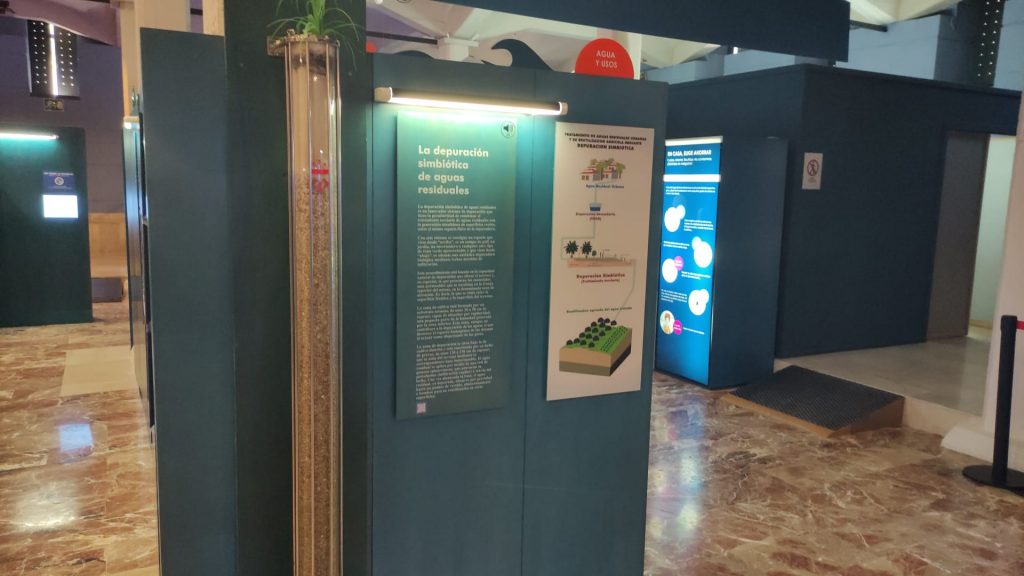